We’ve talked about the meat, which is a very important part of every Asado (obviously). But it’s not the only important part. You see, Asado, more than being a simple BBQ, is a whole ceremony.
It’s a meal you have with your friends or family, and, as it takes its time, it gives you an opportunity to talk and get together.
It’s all nice and pretty, but who wants to talk when you are starving and waiting for the meat to be cooked? That’s why we invented the “Picada” (small-bites meal).
Just like when writing software in a team; you want to get to the meat (the writing-code-uninterrupted-time, when you’re in your zone), but there is stuff to do before that. One of the things to do is to sit down and POC some parts (post about this later!).

The Picada is much like that, it can be anything you want ranging from Cheetos to Salami. It’s the Tapas of Asado.
Today I wanna give you a simple recipe for “Chipa”.
Chipa is a kind of cheese bread, originally from Paraguay, and it’s delicious.
The recipe I use is from this video and it’s too good and too simple not to make it. 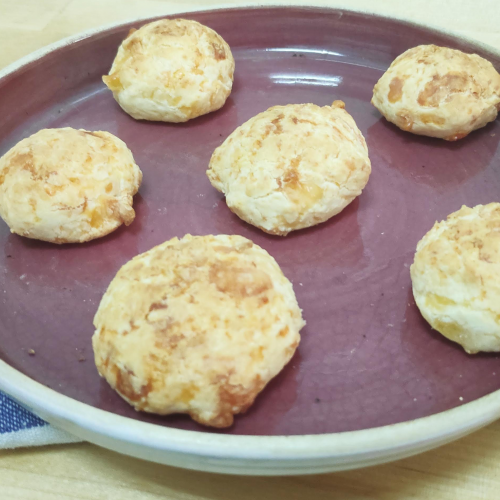 In the video she uses different kinds of cheese instead of the Cheddar cheese, I couldn’t find them where I live, but the taste is still very good, so Cheddar cheese it is.
Keyword chipa, picada
2 May 8, 2020
Food