Docker – Started from the bottom now we here

My Introduction to Docker

My team has decided to transition from Windows Services to Docker Containers. We’ll move to Linux and make all our new systems containerized. Very futuristic!

I was in charge of checking the Docker world from scratch and figuring out how easy it would be to make the transition.

To make this POC I decided to make the new system I was in charge of directly on Docker. This would be my POC system. I learned a lot from working this way, and as of today, the system is production ready.

I can say this whole POC was a success and now I want the whole team to be Docker-ready.

But what does that mean? I decided to make this list of must-know features to make yourself, what I call, a Docker Developer. These include the ability to build your own image, to debug it – inside and out and more. All written from a developer’s eye.

This can be seen as a Cheat Sheet on Docker commands, but it is intended to be more than that. Most cheat sheets are just an ensemble of all the common commands with a short description of what they do. I will attempt to make a more complete cheat sheet, explaining what the command does and when and why you will need it.

Let’s make sure we are talking the same language

“Docker is a set of platform as a Service (PaaS) products that use OS-level virtualization to deliver software in packages called containers” – Wikipedia.

Image – A closed software package. The images are built in a layer formation where the first layer is always the basic “OS” kernel. You can choose if you want the kernel to be Linux based or Windows bases. If you use Windows based, you will be able to run only on Windows.

Every image consists of a name, a version and a signature. The default version is “latest” and that version image will be used if you don’t specify a specific version. 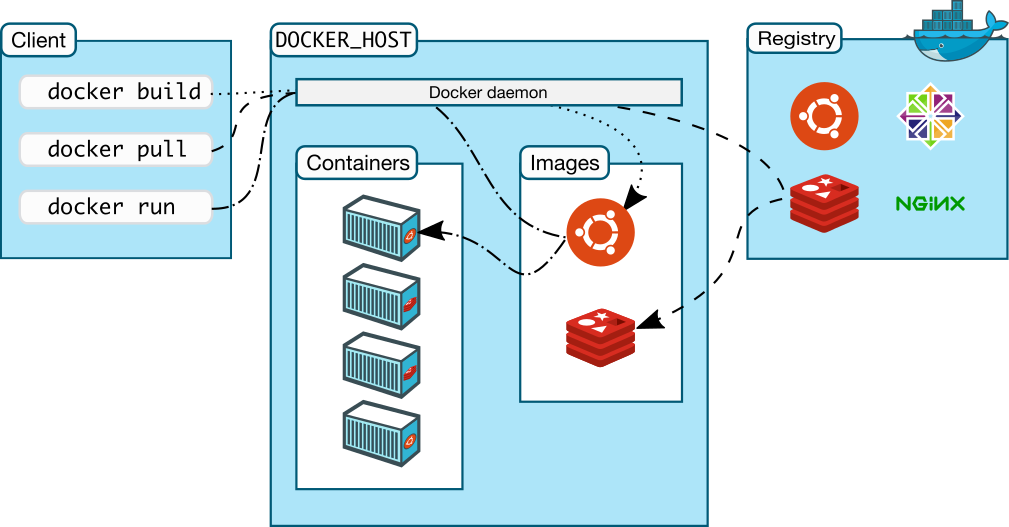 The first command I used. This is used to see all the images you have loaded or pulled. Your local registry. If you have just installed docker, you’ll see an empty list.

Used to pull images from a Docker Registry. You most probably won’t use this command directly but when creating an image using a Dockerfile (with the “FROM” command).

Tells docker to use the current directory’s Dockerfile to create a new image. You can add “-t <tag>:<version>” to tag the images with a name and a version.

Much like the Linux “ps” command, this command shows the current running containers. This is useful to know the names of the containers that are running and for how long they are running.

Docker routes all stdout and stderr of the running application to a logging engine. By default it is routed to a log file and can be viewed running this command with the name of the desired container.

This is a really helpful docker command. It allows you to execute a bash into a running container. Let’s say you want to see the inner configuration of the image, the inner filesystem or even the environment variables, then you can attach yourself to the container and “cat” the configuration file, “ls” the filesystem and more.

Some architecture decisions made when working on Docker

Making the new system whilst knowing it will work on Docker, made some architecture guidelines.

There is a difference when making an architecture that is based on a containerized environment, and if you are an architect, you must realize this from the beginning and take this into account. It can save you hours of overthinking and over-designing.